This post features Scooby and also my Marx Rin Tin Tin Fort Apache playset. Don’t ask me why. Twelfth Night (Epiphany) and some of you thought Christmas was over! The three kings arrived to deliver their gifts to the Christ child. I keep the holiday going as long as I can. The twelfth day of Christmas according to the song is 12 drummers drumming. No wonder I woke up at 5 AM.

It has been two weeks since I last posted here. Some of you are probably tired of looking at my Christmas post–but people are still looking at it! I did visit a few blogs during my vacation. I guess I am not an internet addict after all! I enjoyed doing other things. It is a daunting thought that I must post here all year long. I thought the same thing last year, but I did not run out of steam. I may get off to a slow start. Let’s begin.

Scooby in the frosty catio

Scooby presents “Fort Apache”. It was a John Wayne film made in 1948. In 1955 a popular TV dog named Rin Tin Tin lived in Fort Apache. When I was young back in 1957 I received a Marx Rin Tin Tin Fort Apache playset, which I had desired for a long time.

Western television shows and movies were the rage. Playing cowboys and Indians with toy cap pistols and figures like those shown below was very popular with young boys. The underlying violence was never realized or condemned by parents. Ritual violence is supposed to reduce aggression. I did not create the violent characters shown, but I am responsible for creating the bloody battle shown here. Political correctness is out the window! Additional figures were added over time. I know how film director John Ford felt, and it was good! Maybe I could do a stop action movie like Gumby?

It was like staging a movie, and frankly, still a lot of fun, bringing back fond memories. It was one of my favorite toys, and that is why I hung onto it. In my set, you may see the white figures of Rin Tin Tin, Rusty, and Lt. Rip Masters from the Fort Apache TV show standing right of the front gate. Scooby was very good in that he did not enter the fray, or do any Catzilla damage! Can you spot the rare Blue Buffalo? He makes pet food now. 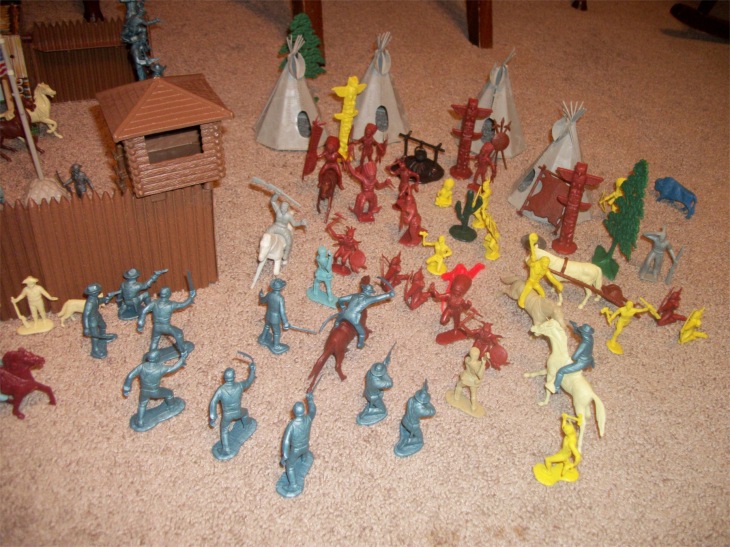 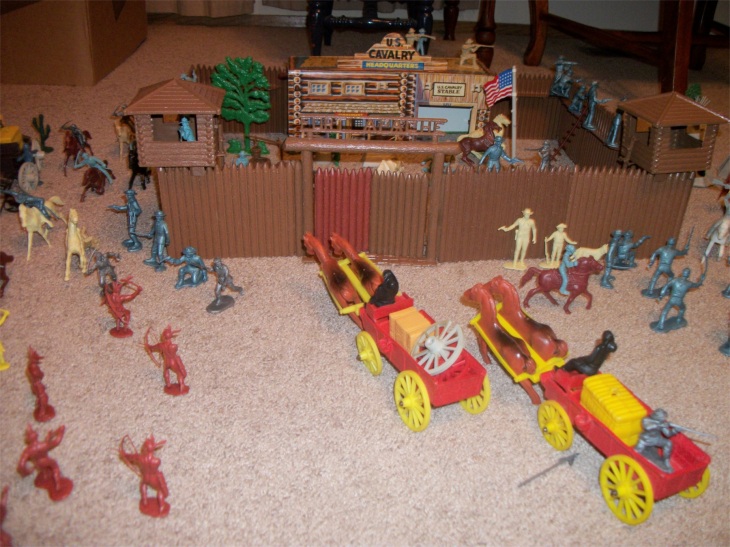 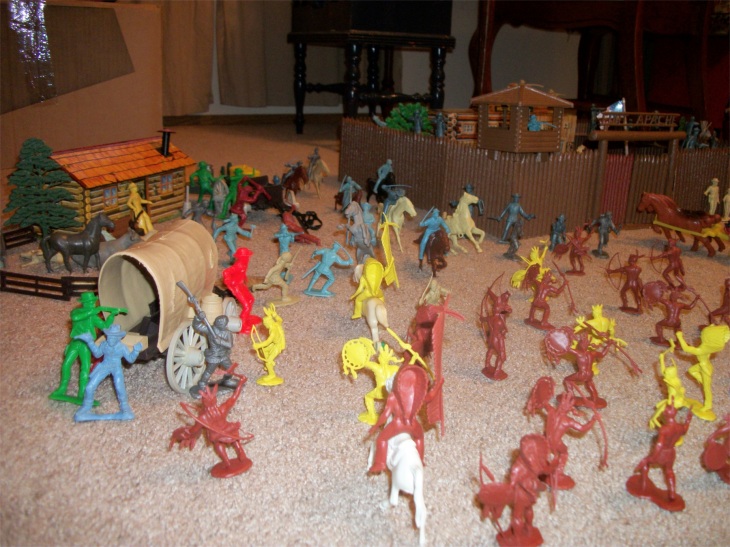 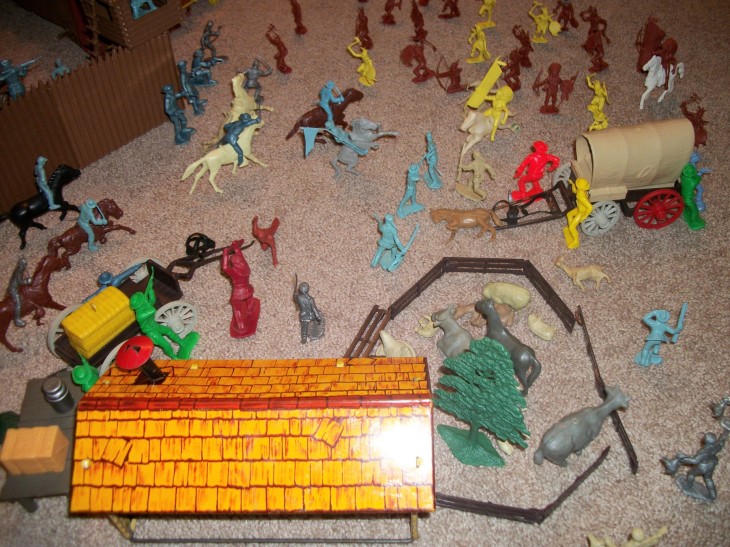 That’s it for our first post of 2016–Scooby and Fort Apache.