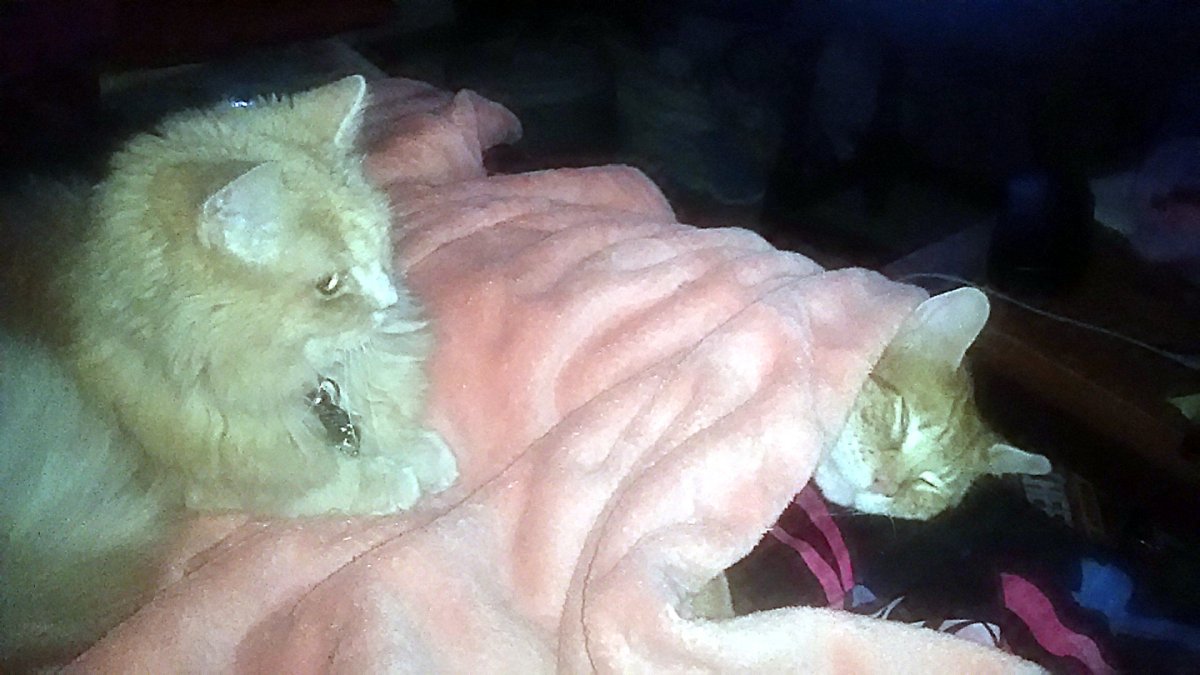 Marigold takes the Night shift watching over Scooby. As some of you know, Scooby became deathly ill. This is what happened. He had a rapid onset of diabetes accelerated by a cortisone shot he got for allergies. The cortisone is insulin resistant and caused the unknown underlying diabetes to attack immediately with a vengeance. He had tested negative for diabetes several months ago. He was almost comatose when he went to the animal hospital. He was severely dehydrated. His liver and spleen were enlarged and very painful. Lymphoma was suspected, but Scooby luckily did not test positive for it. It was caused by diabetes. He was in the intensive care unit. With fluids and insulin, after 4 days he came home. He was a 14 pound cat when he went in. Now he is a ten pound cat! I am told he is now at a good weight. All my other cats are 10 pounders.

I have been giving him insulin injections. He is a very good boy about them. An ultrasound shows his liver and spleen shrunk back down and do not hurt any more. I had a diabetic cat a long time ago, so it was nothing new to me to give the cat injections. We are almost completely out of the woods now. He appears to be in remission. 40% of cats go into remission if they are treated early. His daily insulin has been gradually reduced now from 1 unit twice per day to a tiny 1/2 unit once per day. He eats a low carbohydrate canned food diet. Dry food, even the “DM” diabetes management foods have too many carbs when compared to wet foods. Dry food also gave Scooby crystals in his urine and nearly clogged him up a few months back!

Two weeks and Scooby will go back in for another test. We are hoping for good results. In this photograph, Scooby is sleeping peacefully at home. I have noticed that cats know when something is wrong. Thanks again for all the prayers and purrs.  The camera lens perspective has distorted the sizes of the two cats! 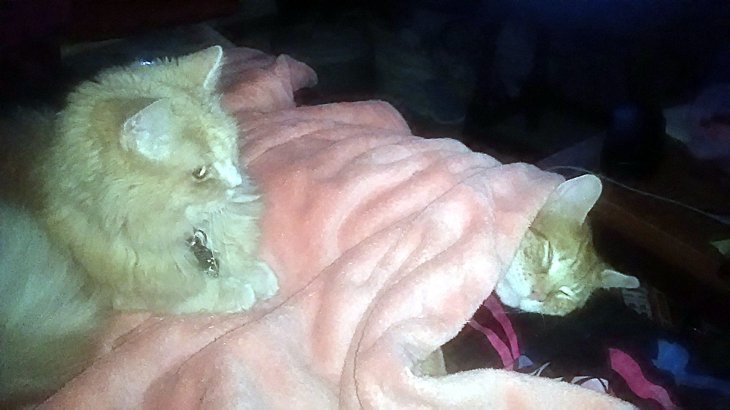