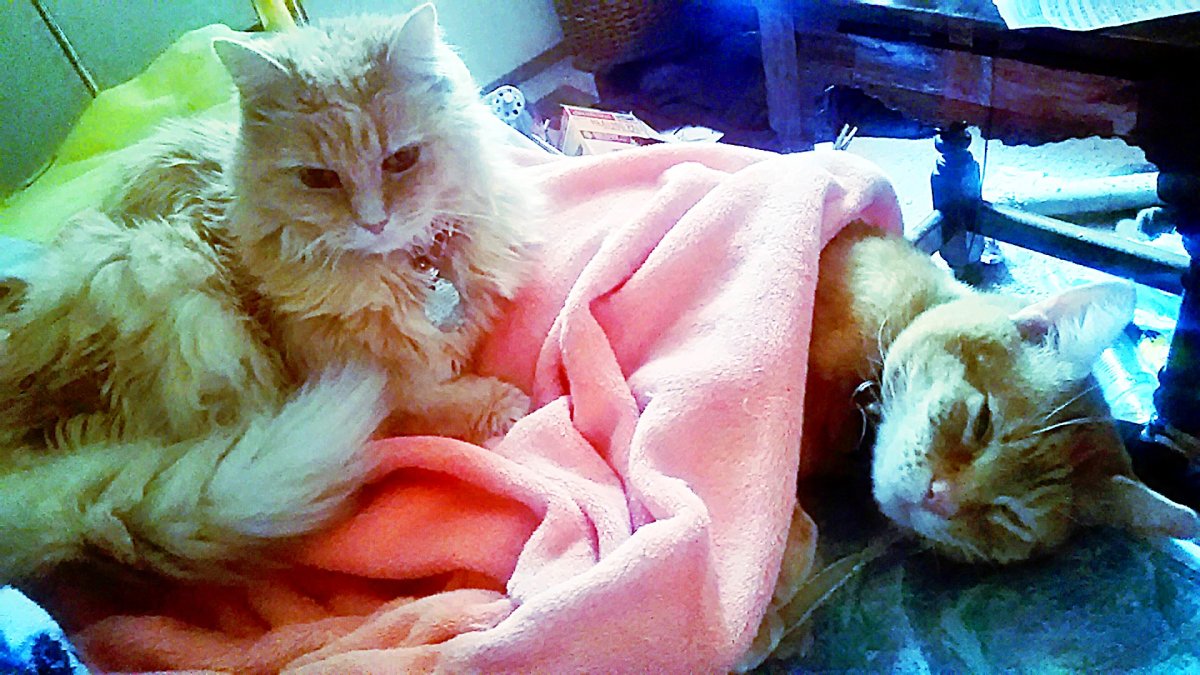 As usual Marigold is watching over Scooby as he rests in his favorite blanket.

Since this post is only one cat photo long, I decided to add something else. Northwest Trek is a wildlife park located not very far from where I live. Wildlife photos follow:

It is over 725 acres. I remember when the park opened many years ago. I recommend it for those readers who live nearby. My one recommendation is to use a real camera, and not a phone camera! The park features regional wildlife, so there are no elephants, tigers, or giraffes to see! They say there are over 200 species–land, water, and air. I am not certain, but I also may have a photo of Sasquatch in the woods–or maybe not. These were taken on last Sunday. 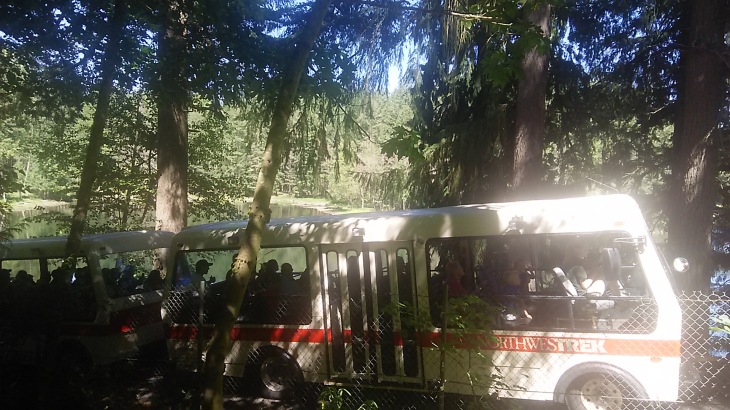 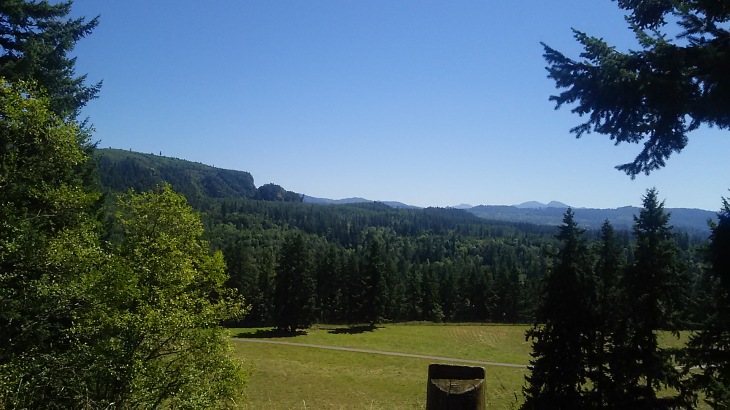 Northwest Trek Wildlife Park view towards Eatonville. There is a large herd of animals beside the road below too small for the photograph 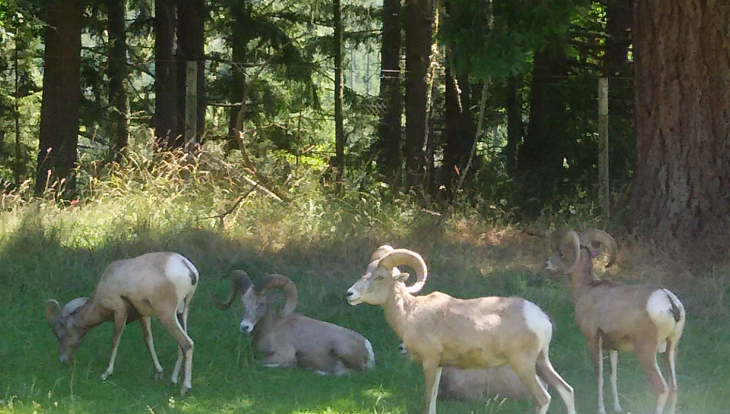 Caribou in the water 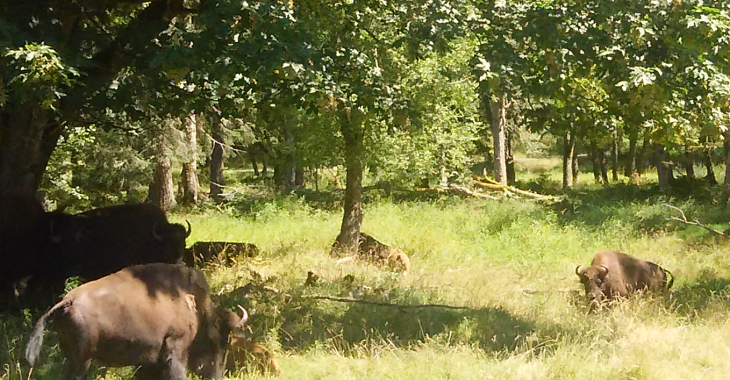 I prefer to see the animals walking about in open space, rather than behind bars.  There are special tours in the fall where you can come see the horned male animals fight each other over the females!  I am glad we humans do not grow horns and have to butt our heads together to get the females. Everything you possibly want to know that I did not mention can be found here at Northwest Trek

This is the 3rd blog anniversary on WordPress. It is the 6th blog anniversary of the Feline Cafe which appeared first on the defunct “My Space” and secondly on “Blogger”. The information and photos on both were downloaded and the blogs deleted. I see many abandoned blogs floating about on the Cyber Sea like the Mary Celeste ghost ship! They should be scuttled! They invite thieves to steal content from them. No one is interested in an abandoned blog. I celebrated by getting my own new domain name, which is short and easy to remember: “felinecafe.net” The old address automatically forwards to the new address, so no one need do anything with feed readers or bookmarks. And that is all for July!