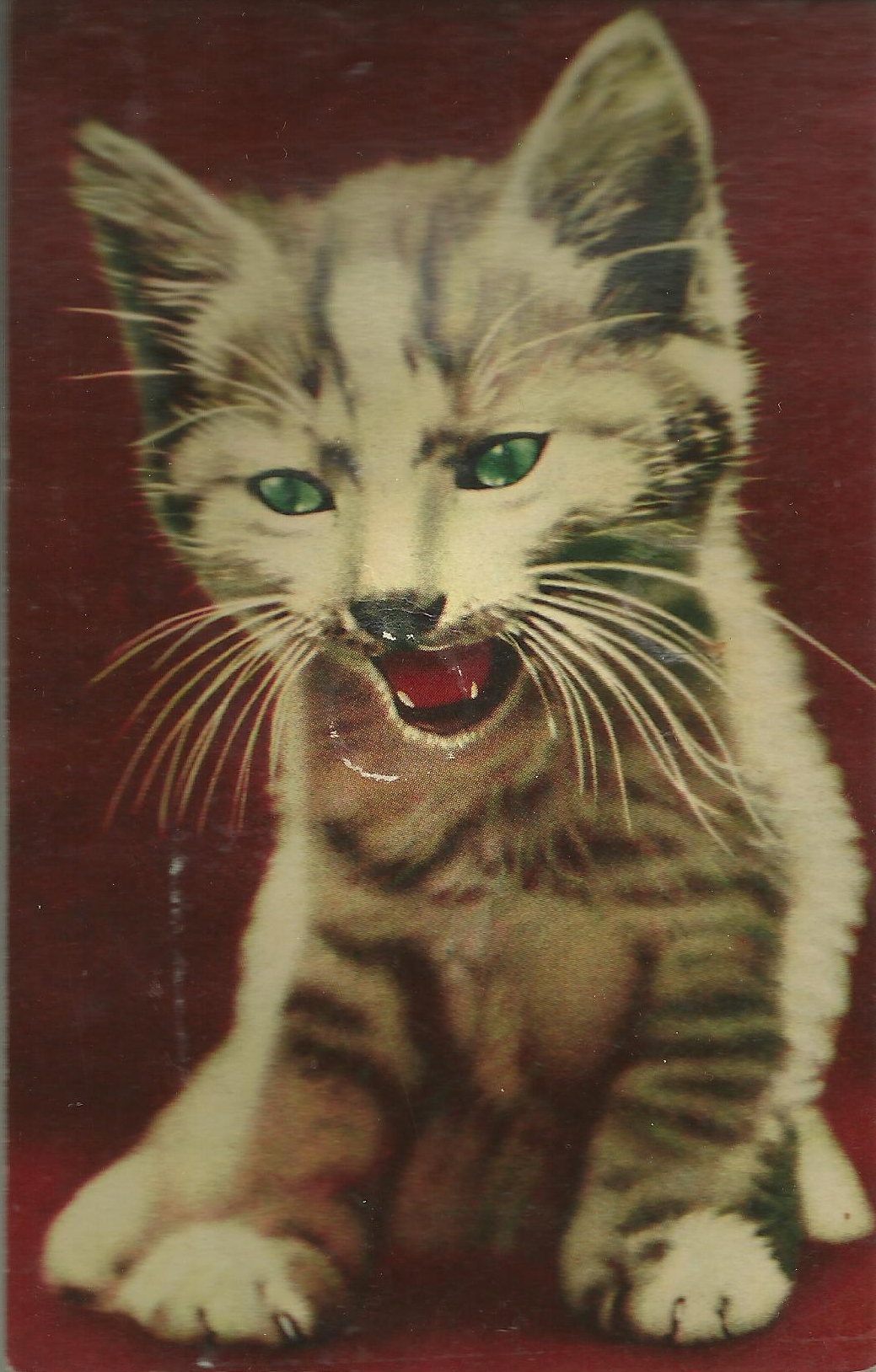 The squeaky cat postcards below were all given to me as a gift. I had never seen them before. Squeaky postcards of all kinds were made in the 1950’s and early 1960’s. Cats were not the only subject. Two pieces of paper were glued together with the squeaker placed inbetween the layers. All the cards have a bulge in the middle. The squeaker is the same sound regardless of the photographs displayed. I did no photo-editing at all on the photographs. None of mine were ever mailed so I have no definitive date on any of them. Someone must have just been saving the cards. They are devoid of publisher except for #2 which was made in France. All of the others were made in Japan. I saw many for sale on the internet with asking prices varying from $1 each to double digits–good luck with that double digit asking price!

I made a short video so you could hear the “squeak” and watch Marigold who was sleeping being disturbed by the noise. 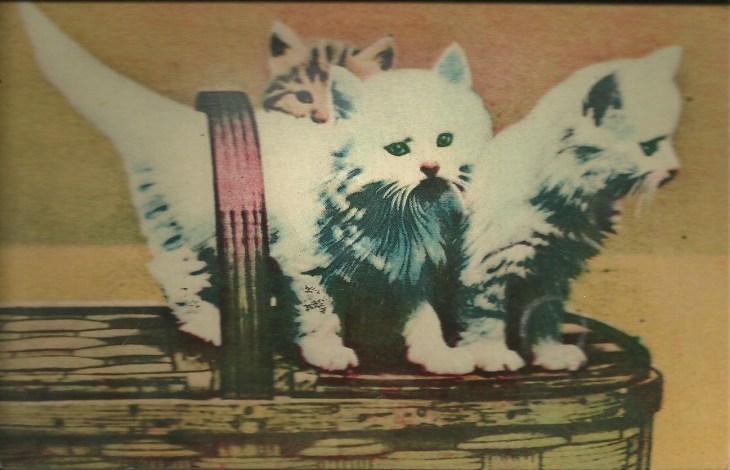 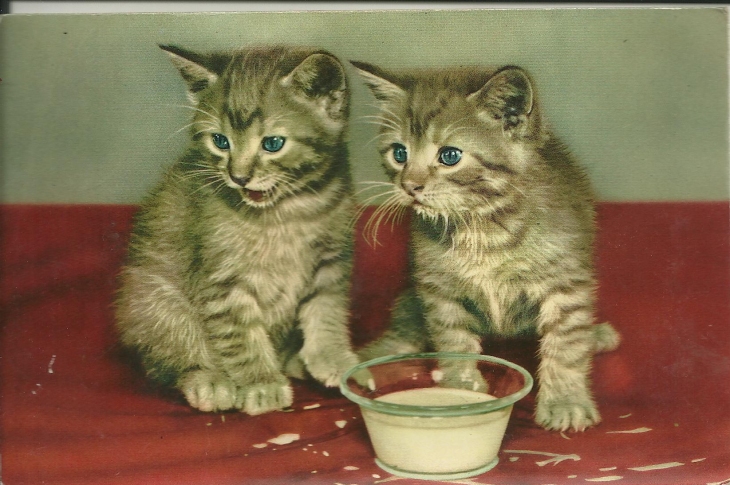 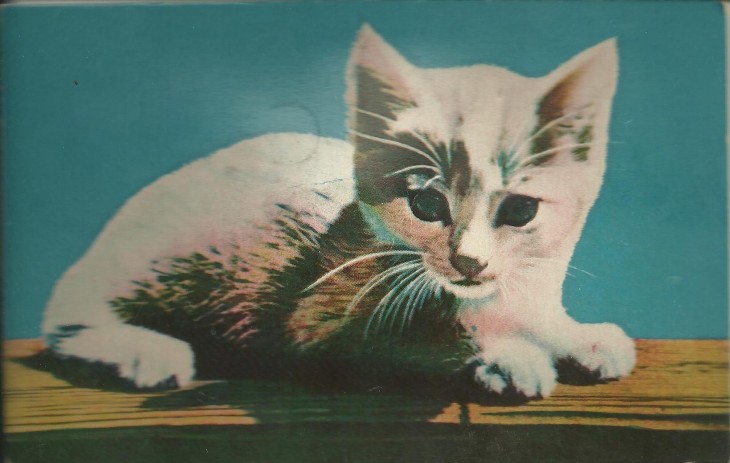 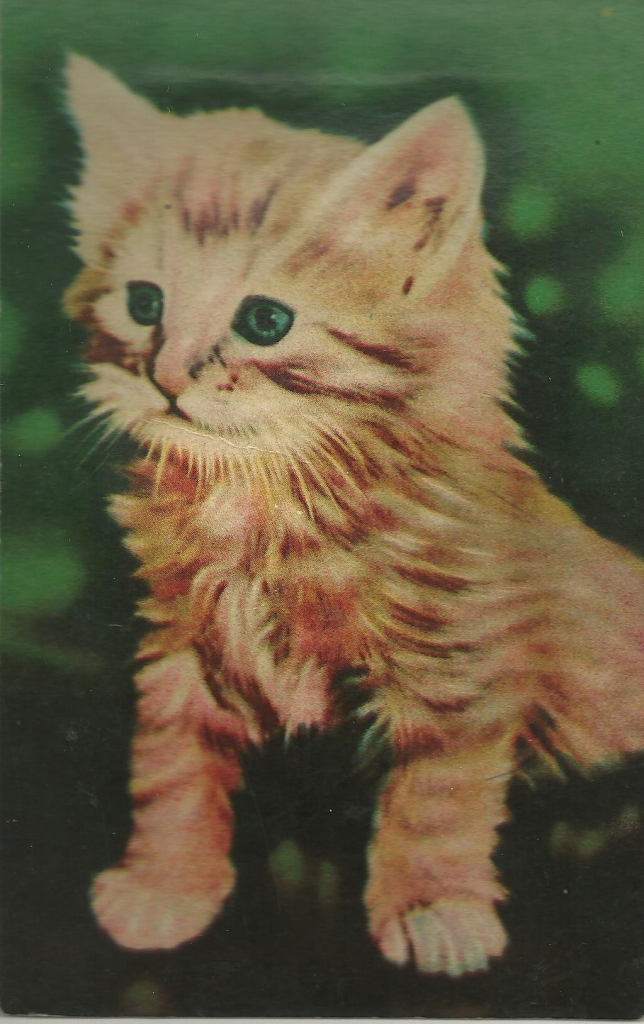 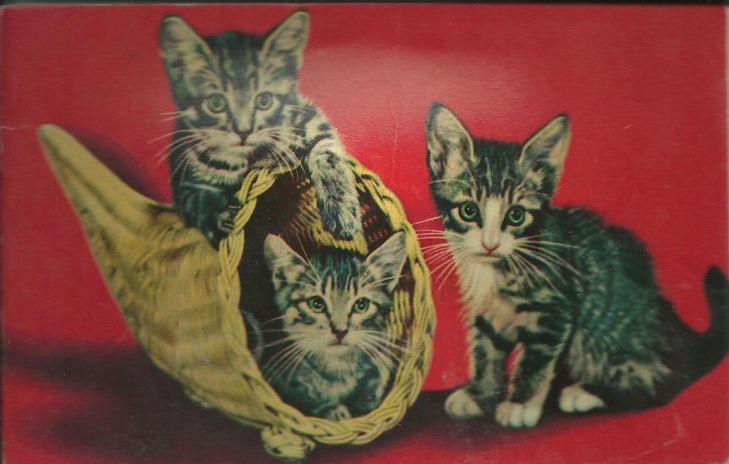 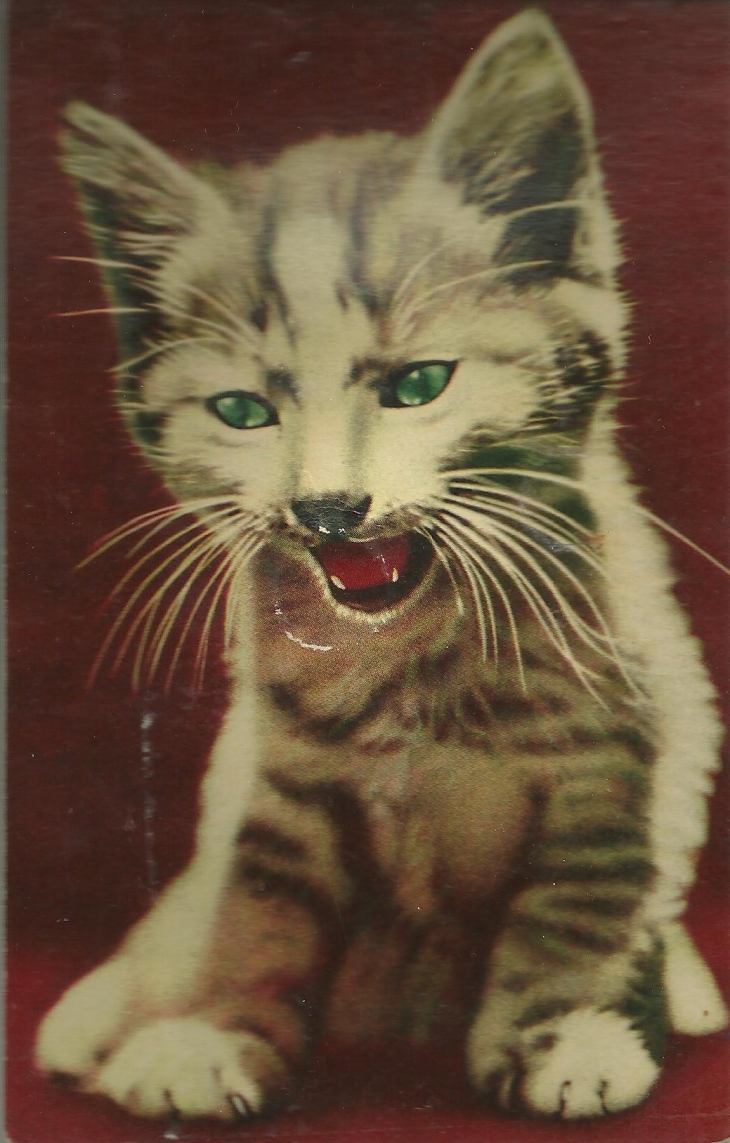