When I got Zeke, he had two big male pals to play with.  One was Verty a big tabbly like Scooby.  The other was Peep who was a big Maine Coon.  In 2010 Verty died, and then in 2013 Peep died, so Zeke had no males to play with until October of 2015, when I adopted Scooby.  I believed a big tabby cat would be right as a playmate for Zeke.  I prefered to remain at a 3 cat household, but Zeke needed someone to play with, and the two girls were not interested, so Scooby came home.  They prefer each others company, as is shown today in a few photographs. 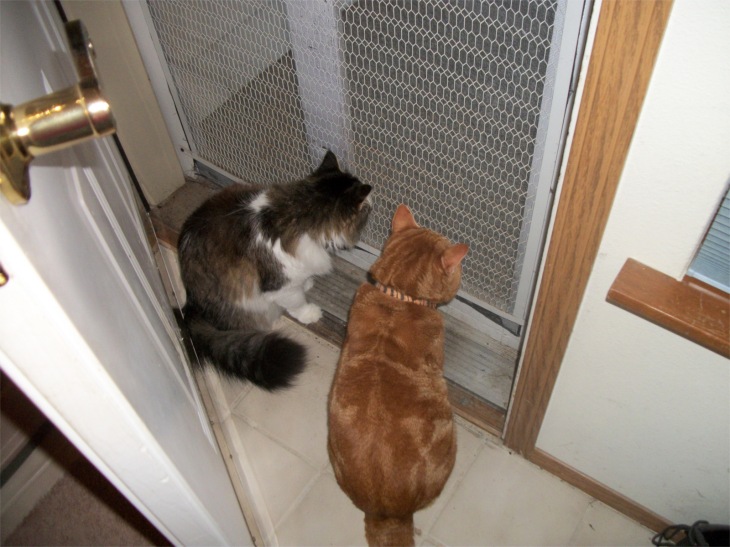 Checking out the street

Me and my shadow

I’ve grown accustomed to your face

Chillaxing together in the catio