In February 2013, Hasbro, the makers of the game Monopoly held a vote of the people on the internet, to decide on a new game token. The choice was between a cat, diamond ring, guitar, helicopter, and robot. The winner was, of course, the cat! My second choice would have been the diamond ring, because, after all, the game is about money. The flat iron was discontinued. R.I.P. Iron (1935 – 2013). Personally, I would have deleted the “battleship”, which has it’s original 1940 design. The game is not about war. The cannon was introduced in 1940 along with the battleship token. They were both parts of game titled “Conflict” which failed miserably commercially. The two pieces, already produced, were simply added to the Monopoly game, when America was at the eve of war. 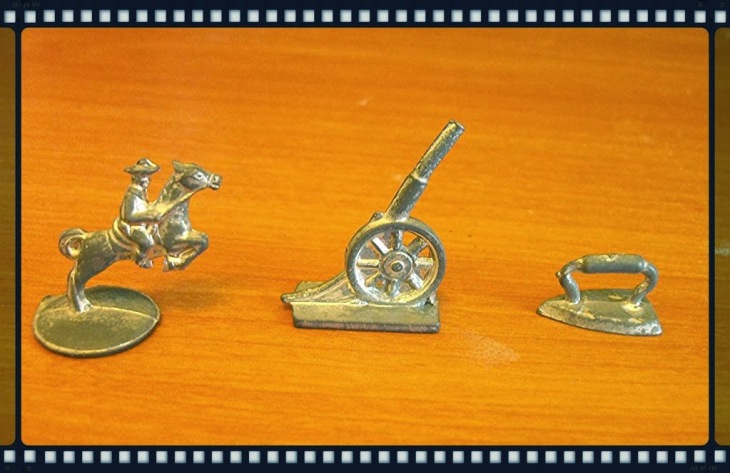 In August 2013, the new game featuring the cat was delivered to stores. They also introduced the Monopoly Classic Limited Edition Golden Cat Token! (Wish I had one now!) 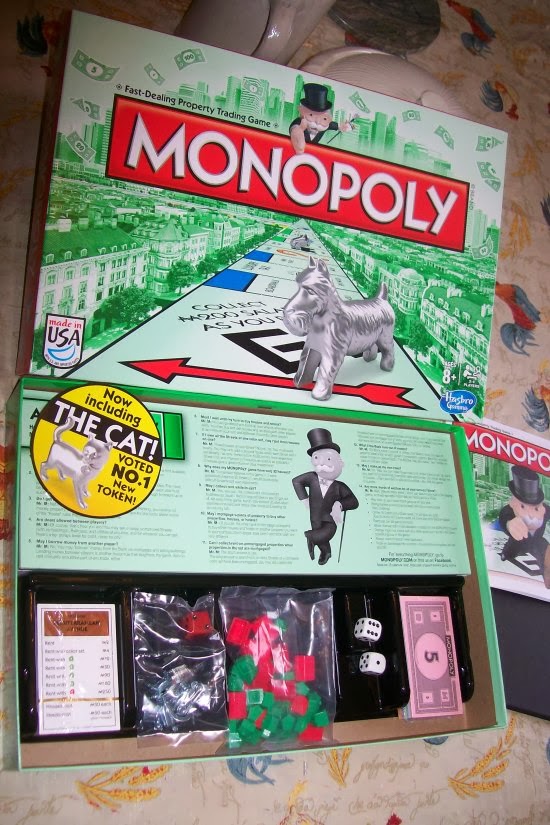 I decided I had to go out and buy one of the first edition games introducing the cat. The box was already produced with the dog prominently displayed on the front. Rather than print a new box, they stuck a round yellow sticker on front, letting us know that the new “cat” was inside! If you pay attention, you will see my photo of the real cat token is looking to the left, while the cat token shown on the yellow sticker is looking to the right! It is a mirror image of the real cat token. I do not know how that happened. Perhaps if I keep this game for 50 or 60 years, I will become rich! I purchased this game at “Target” for $12.99 (€9.37).

Oops! I just remembered something! In 1957, I received a Monopoly game, which I have been playing to this very day! That is 57 years ago! There are many memories associated with that game. 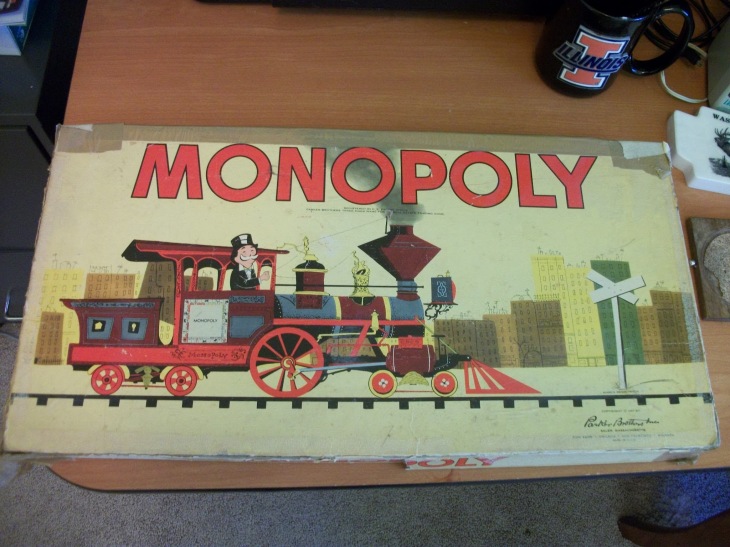 If you want a cat token, but do not want to purchase a new game, I have a suggestion below.

I call this one the “Opie token.” She is quite willing to walk about on the game board.

There is a version of the Monopoly game called “Cat-Opoly.” Every part of the game is cat related. There is, however, no cat token used in the game!