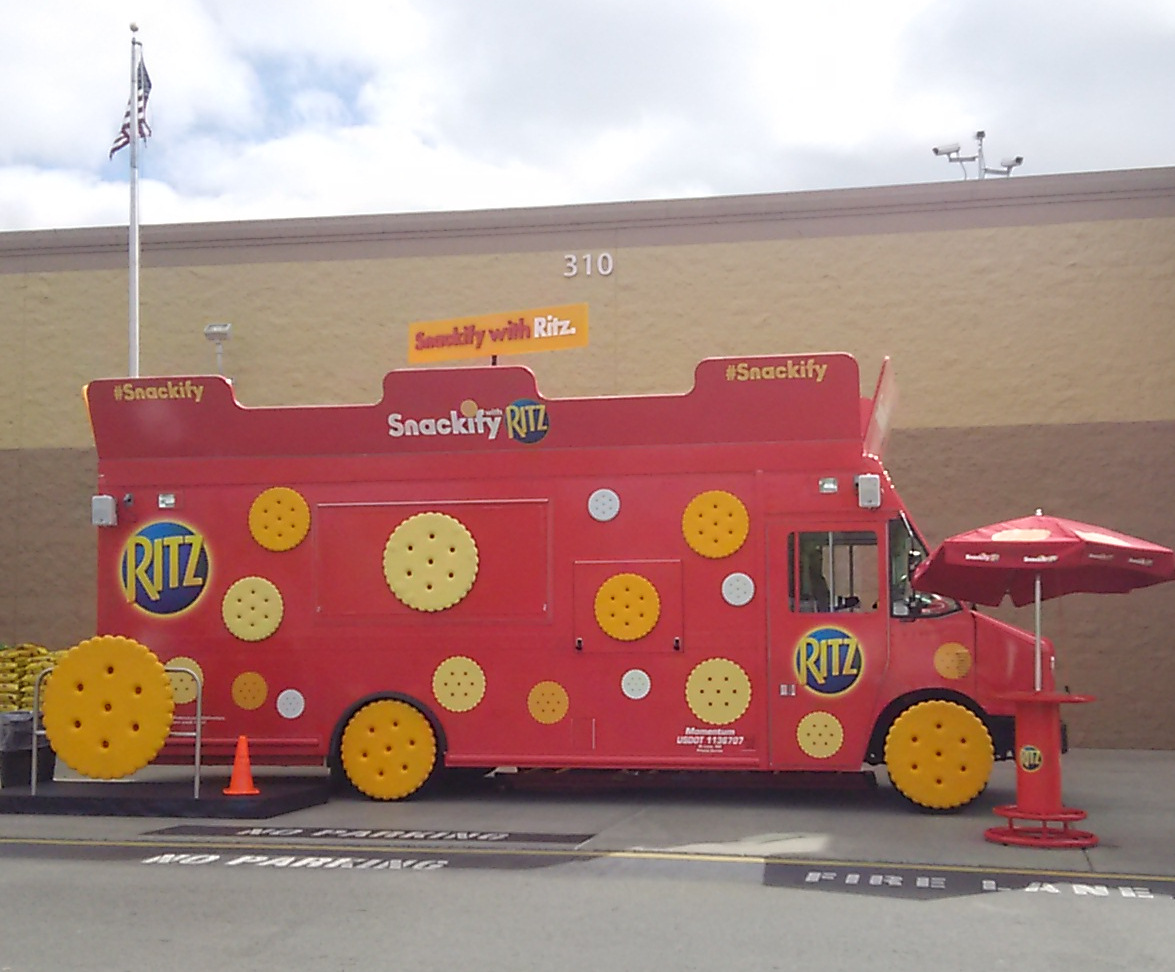 Last week I was going crackers with Cat Blitz Week, culminating in a new ghost cat post.  That is not all that was going on. 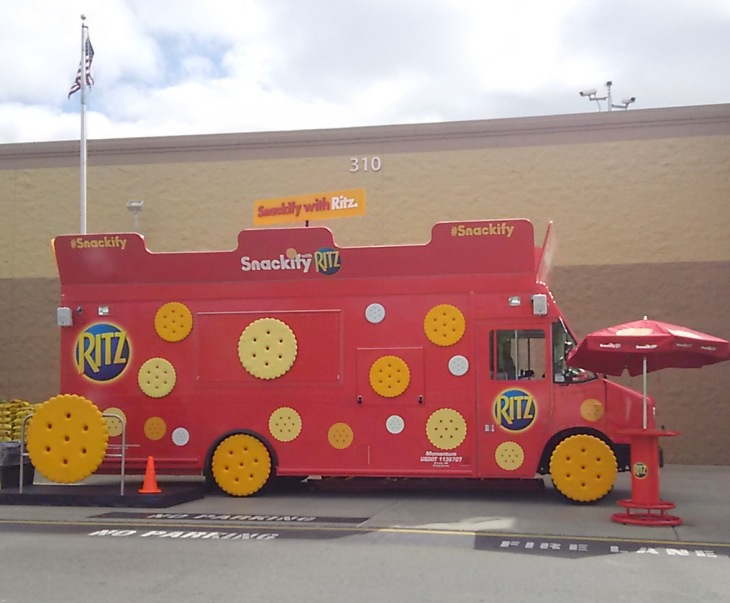 Above is the Ritz Snackify truck which travels about the country.  This is a photo of it just before it opened to dispense snacks of a crackery nature.  It is basically a travelling cracker “roach coach”.  You are probably wondering, as I did, if the wheels and other giant crackers are edible.  I decided to find out.

I can definitively confirm that the wheels and other giant crackers are indeed giant cheese crackers! 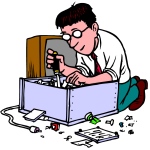 My only computer used for the Feline Cafe Control Center is a 2005 HP desktop.  I decided since I am still using the ten year old original 250 GB hard drive, it might be time to install a new one before the old one crashes.  Going crackers, I bought a 1 TB hard drive and tore the computer apart, after backing up everything!  Marigold supervised me from her cat bed, giving the whole operation a wary look, as the parts collected around her.

The inside needed a good cleanup!  If Ant Man hacked into this computer, I would see the footprints!  The old broken CD drive on the bed was not replaced.  The empty slot from which it came can hold a bag of cat treats.  Simply hit “eject disc” and the treats are dispensed! That is handy if a cat comes to bother you when you are busy.  I should send this idea in to Red Green. I added some more memory, and bought a new keyboard. A while back I got a new monitor. Everything went back together, and there were no parts left over, which is always a good thing.

It is only ten years old.

There were some new software problems which were all solved in short order, and here we are up and running again efficiently. I have had newer computers, but they did not last. I always can rely on the old HP. I was crackers to do this, but I am glad I did!