Zeke, a striking Maine Coon cat, has always been the mascot of the Feline Cafe; however, when Scooby arrived, Scooby seemed to takeover. The original hierarchy here was Miss Opie, Zeke, and Marigold the Elder. When Scooby moved in, he immediately moved to the top of the ladder. Everyone is OK with that except Opie who was dethroned. She hisses, screams, and swats at him whenever he is too close. One of Scooby’s favourite games is to chase Opie around the house. Zeke enjoys having a new brother to hang out with.

A short recap about Zeke’s origin: He was born to a pair of feral cats, who lived in a barn behind a small log cabin in Tennessee, (I just made that up about the barn, log cabin and Tennessee.) as was Opie to the same cats. He was tiny and lived in a tipped-over flower pot on a neighbor’s porch. (true) I had already reluctantly taken in Opie and had five cats. I said I did not want Zeke. They took him to the shelter, where they said Zeke was feral–he made a big fuss–and that they would kill him that very day. They decided to bring him back instead, and I took him in. I am glad I did now. He does not go outside, except for the catio. He is afraid of the outdoors, and other people. He has a nest under a bed where he hides and sleeps. A doorbell ring sends him running. Unlike Scooby, he has no fear of visits by deer at all.

Top of the cat tree 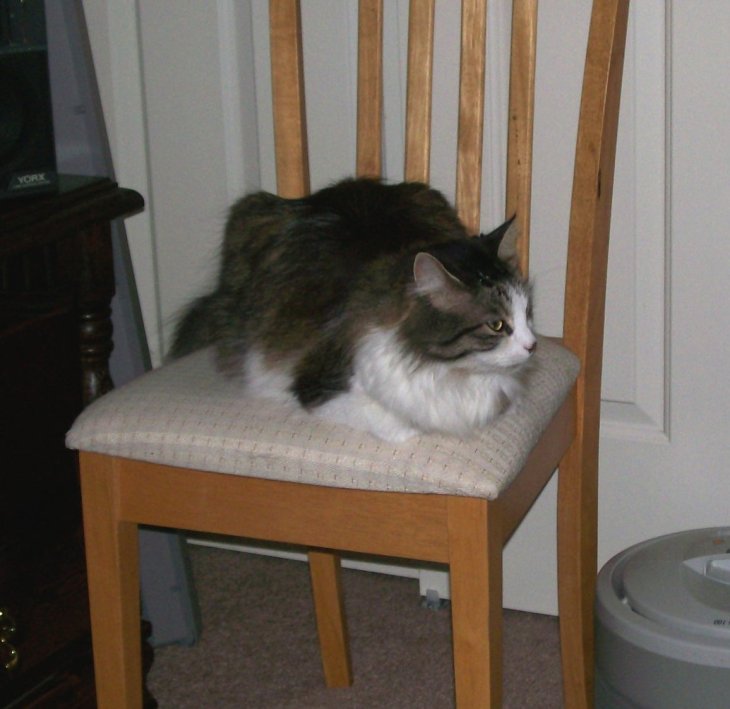 I hope Zeke likes the cushion of my nice chair 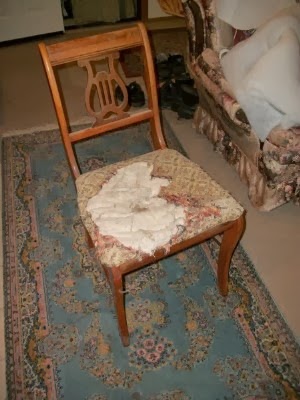 We will never forget. We have no proof–just suspicions it was Zeke. He will not confess.

Zeke in a tiny box. He likes boxes too. 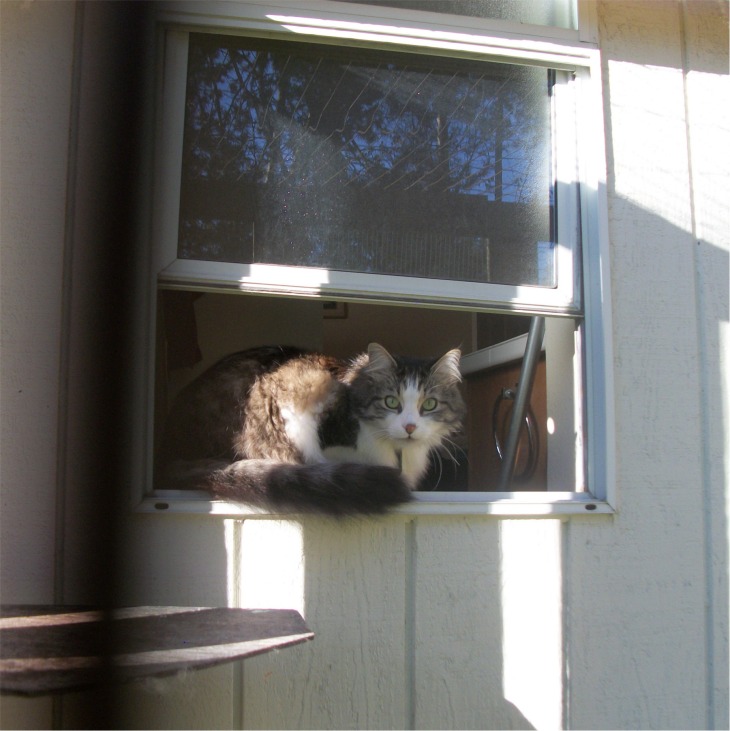 Zeke in his favourite place in the morning 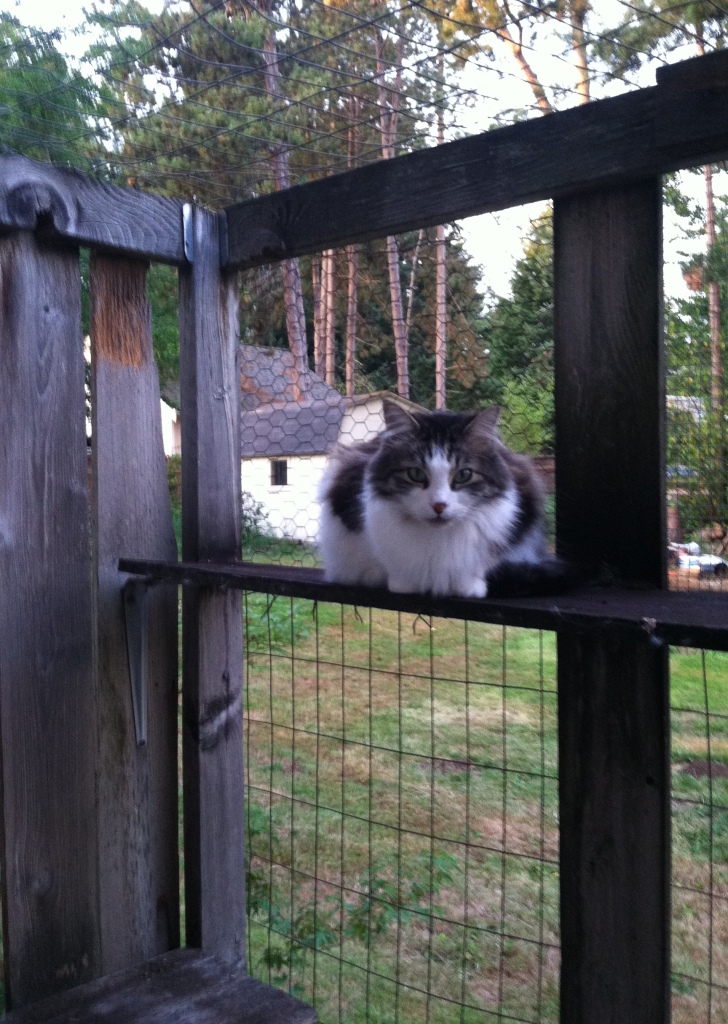 Zeke part 2 is a work in progress. No sense having a part one without a part two!