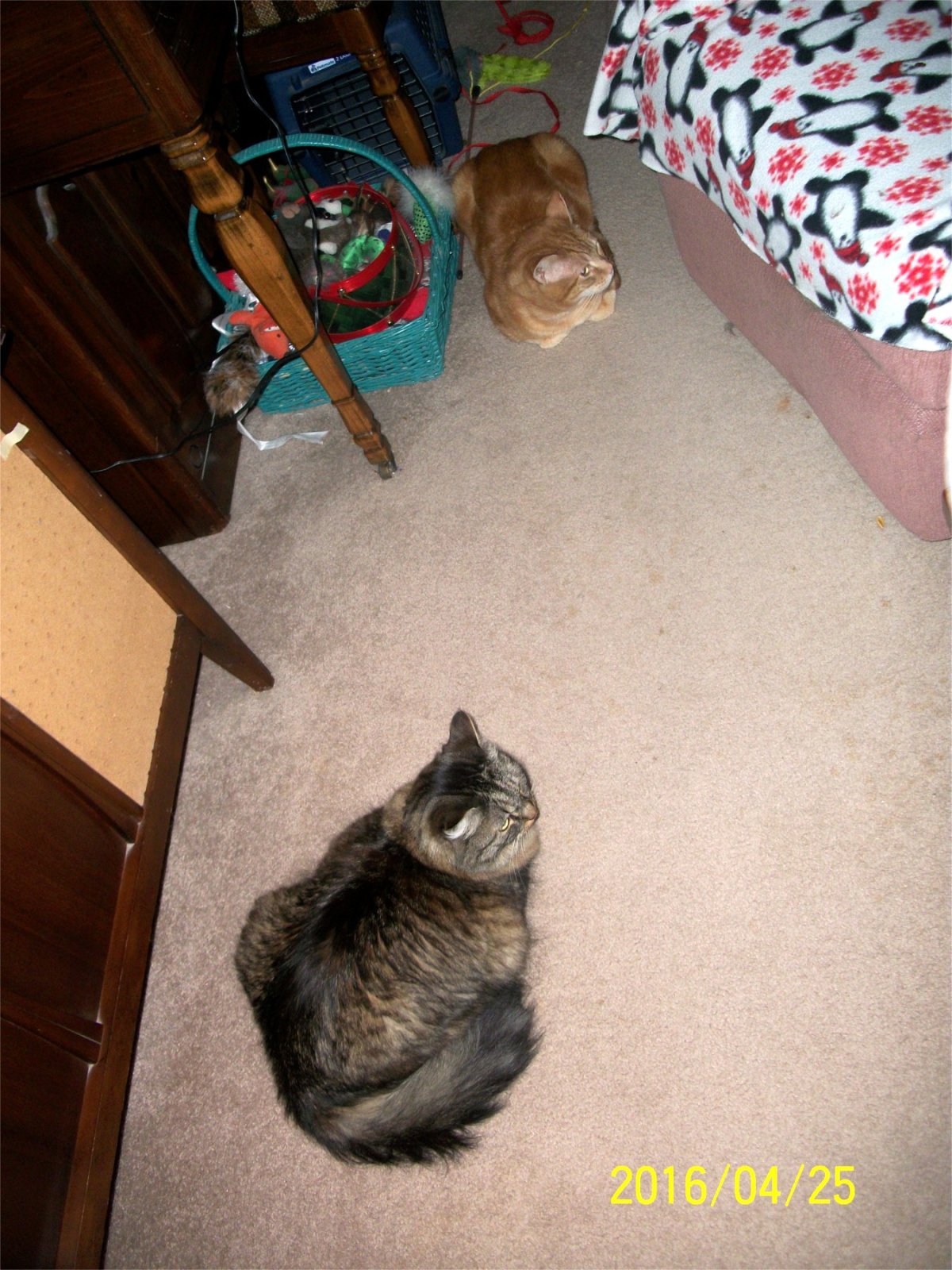 “Truce” is about Opie and Scooby. When Scooby arrived in October, Opie hated the sight of him. She would not be in the same room with him without walking about growling. If he made eye contact with her, the volume of growling would increase. If she ate in the same room with him, she would growl while she ate! Scooby ignored all this noise, and likes to chase her around which makes her madder! She runs with her tail up, which I think sends a mixed signal. She will be in the same room with him now, but eye contact initiates growling. Yesterday I caught them sitting near each other facing one another. Before I could snap my photo they looked away, and I missed the shot I wanted, but they are sitting near each other. Maybe one day the growling will cease.

Medical update: Scooby is still in remission from diabetes. The tree pollen had him sneezing, so I have been giving him cat lysine chicken flavor treats which may have helped as he has stopped. He also got cat acne on his chin, so I replaced the plastic Drinkwell water fountain with a nice porcelain drinking fountain. I also wash his face after he eats if necessary. The acne has pretty much gone away as well.